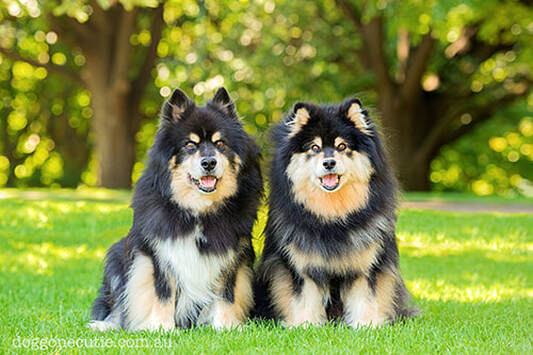 Armahani Finnish Lapphunds is based north west of Melbourne, Australia, where our dogs are part of our family, raised in the house and included in our lives.  We engage in as many dog activities as we can put our hand (or paw) too, including competing in conformation showing, obedience, rally, agility and herding, and my aim is to breed beautiful, structurally sound Finnish Lapphunds of excellent type who can excel at all of these things while being the perfect family pet.

I have been involved in the breed now for over 17 years.

I am a member of a number of Lapphund Clubs around the world, and was the founding and ongoing President of the Finnish Lapphund of Victoria for its first 10 years before taking my "long service leave" break in 2019.

Over my years in the breed I have imported three Finnish Lapphunds, and shared in the import of another.  I have also imported frozen semen from a number of males for contribution to our future breeding program. 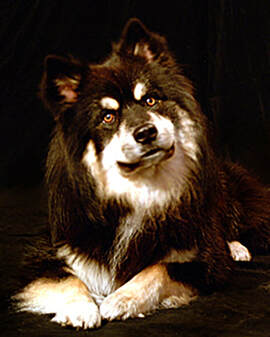 ​Dogs have always played a part in my family’s life – from the elderly Sheltie of my toddler years, to the range of “mixed-heritage” dogs who wandered through my childhood, to the beloved GSDX of my early 20s.

It was our Keeshond, Schatje, who turned a love into a dog-obsession, coming into our lives with a whirlwind, filling our home with laughter, and turning everything upside down.  He also started me on the road to dog training … because as a youngster boy oh boy if he didn't have a good dose of learning every day he found his own tricks to learn.

But it was my fateful introduction to the Finnish Lapphund that set me on my current path.
​
I stumbled on the breed in a dog-book in early 2003.  I had noticed them before, but the words “very rare outside their home country of Finland” had left me with the assumption that there was no chance of finding any in Australia.  A new book, a new set of gorgeous photos, and I ran a quick internet search without any great expectations.  So by sheer accident I stumbled on the web-site of Theldaroy in Queensland, one week after the birth of seven pups, with six homes lined up.  Some things in life are just meant to be.

It was at the suggestion of Vanessa of Articmal Kennels, that I arranged to have a boy that could be taken into the show ring, and into our lives came Kulta,  our serious, cool and "blokey" old man, and I have never looked back. 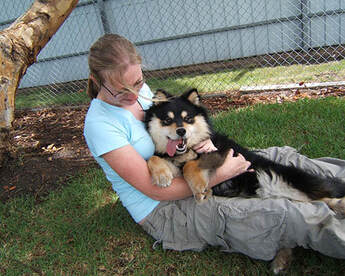 ​Kulta was not the easiest dog to introduce a new handler into the ring with, and really didn't learn to love it until he was about 5 years of age and largely retired.  But somehow I got a little hooked, both in showing (although performance sports will always be my first love) and in contributing to the future of this beautiful breed in other ways. He lived an incredibly long age, and we only lost him literally weeks off his 17th birthday in early 2020.

Somehow, I talked myself into importing a bitch, and in early 2006 came the arrival of my stunning Emmi, who was born and raised in Finland until she was old enough to come to Australia.  Emmi is from the hugely successful Lumiturpa in Finland and became the foundation bitch for Armahani Kennels, and I couldn’t hope for a better one.  She took my breath away from the first meeting, and really cemented a new appreciation in my mind for breed type. She was very successful in the ring, right into her later years, and retired from the show ring as a Grand Champion and with both a Best in Specialty Show and a Runner Up Best in Specialty Show under her collar. We lost Emmi (and my heart) in 2019 when she was 14 years old. 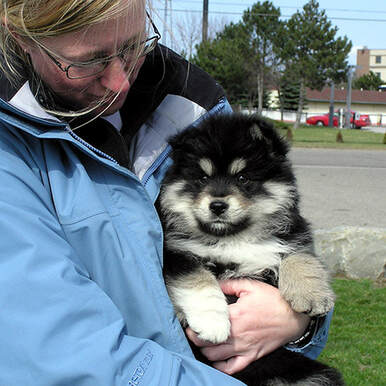 ​Also to join us in late 2007 was my crazy, little French born boy Louis from Chevaloupsgreg who was raised in America before coming to live here with us.  Undoubtedly my heart dog, he bonded completely to me from the first, and became my baby boy.  He and I have achieved amazing things together, and I don't think it is unreasonable bragging to say that he had a huge impact on the recognition of the breed by judges in Victoria over his prime showing years, making them sit up and take notice, which a couple of his daughters continued.  He is one of the few Supreme Champions we have had in the breed in Australia, and the first in Victoria.  He is also a Best in Specialty, and Runner Up Best in Specialty Show winner.  He has done very well in the performance disciplines, including being the only (to date) Lappie to move beyond the test levels in herding to earn his Herding Started title. He is also a Dual Champion, after having earned his Rally-O championship. Louis is now 13 and still with us.

The latest member of our "at home" dogs was our newest addition, Baby, who came to us from Calaban Kennels in the USA in 2015. A pup from our first ever litter was exported to Calaban, and Baby was the precious return cargo ... two generations down the track.  A cheeky and crazy little girl, she gained her American Championship before coming out, and then promptly won Best in Specialty Show in NSW her first show with me after her Australian arrival.  She trains and competes in a range of activities, and was the first Lapphund in Australia to earn her CIB (International Champion of Beauty) through Australian only requirements. 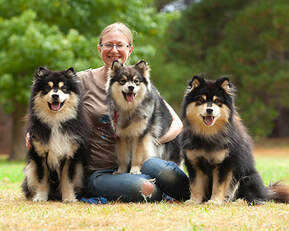 ​Over the course of the years, we have bred a number of litters, many of whom have gone on to their own success in the show ring, in a range of performance sports, and as beloved members of their families.  We've been extremely fortunate to work with some wonderful people which has enabled our numbers at home to remain small, and each of our show and breeding dogs to have their own close, individual family attention.  A number of the girls have contributed to future generations here at Armahani. And many of the boys and girls have been my show partners as I borrow them for weekend "outings".

Our most recent show and breeding Lappies can be found on this site, as well as information about each of the litters we have bred.

​Armahani means “my precious beloved” in Finnish, and in keeping with true treasure, will always remain small and selective.